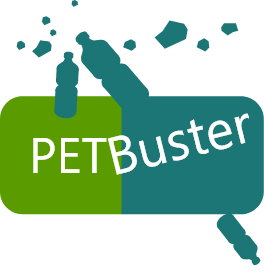 Through passionate and confident people who believe in a significantly improved quality of life through recycling, in 2002 the company GreenTech was born. This year the company marks 20 years of expertise in the field of waste recycling.

2022 is an important year for GreenTech, marking 20 years since the company was founded.

From the very beginning, it set out on the road with a clear vision, that of transforming waste into resources, for the good of people and the environment. In the early 2000s, sales of carbonated beverages packaged in PET were increasing. But also on the rise was the haphazardly discarded packaging. At that time, there were no collection systems and no talk of waste management. But where others saw garbage, GreenTech's founders Clement Hung si Constantin Damov, both with a very lucid vision, saw opportunity. Thus, in 2002, GreenTech was born, the company that opened the path for the recycling of PET waste in Romania, today becoming a European leader.

In the beginning, GreenTech collected PET waste and turned it into PET flakes, the first step in the industrial processing of this material and the raw material that forms the basis of recycled products. The company grew organically by adding a production line for recycled PET granules, which are used in the production of other packaging. At the same time, we invested in equipment for the production of PET strap, a finished product with wide industrial uses. In addition, the development of GreenTech made possible in 2004 the establishment of a complementary company, GreenFiber, producer of polyester synthetic fibers from recycled PET flakes, today becoming one of the reference European companies in this market segment. Recently, GreenTech also became the first recycler to measure its production CO2 footprint and entered the voluntary carbon market, sending an important signal about the role of recycling in the fight against global warming.

The history of GreenTech marked a transformation for the whole society, of the way we relate to the things we leave behind. We started from scratch, from a consumption model where everything easily ended up in the trash, we helped implement collection systems and networks, invested in state-of-the-art recycling technologies and played a key role in implementing a modern waste management system. Today, we implement a consistent model of resource management, that of the circular economy, being the largest European recycler of PET and delivering recycled raw materials and by-products throughout Europe. The evolution of GreenTech in the last 20 years has thus become synonymous with the transformation towards sustainability of the entire continent.

From the idea to the success of a company there are many steps to go through. Each year had its challenges and each challenge meant an opportunity to learn and improve. If I were to identify the main elements that have been the basis of GreenTech's success so far, they would be idealism and teamwork. I learned that a company is only as valuable as the people who believe in it and who are willing to get involved for the achievement of a common dream. And I learned that a clear vision of how you want to change the world for the better becomes the benchmark you return to, for recalibration, in moments of crisis.

Much remains to be done. We are in a moment of transformation of economies and environmental policies on solid principles of sustainability, favorable to the development of GreenTech, which has proven to play a key role in the European circular economy.

Now, after 20 years, we keep the vision with which we set out. But we are more, united, better prepared and more determined than ever. Thank you to all the employees who contributed to this success and to the partners who were with us along the way! We go forward together.

GreenTech HAS RECYCLED IN 20 YEARS

(the weight of approx 20
Titanic Ships)

(47 times more than the total
number of inhabitants in Europe)